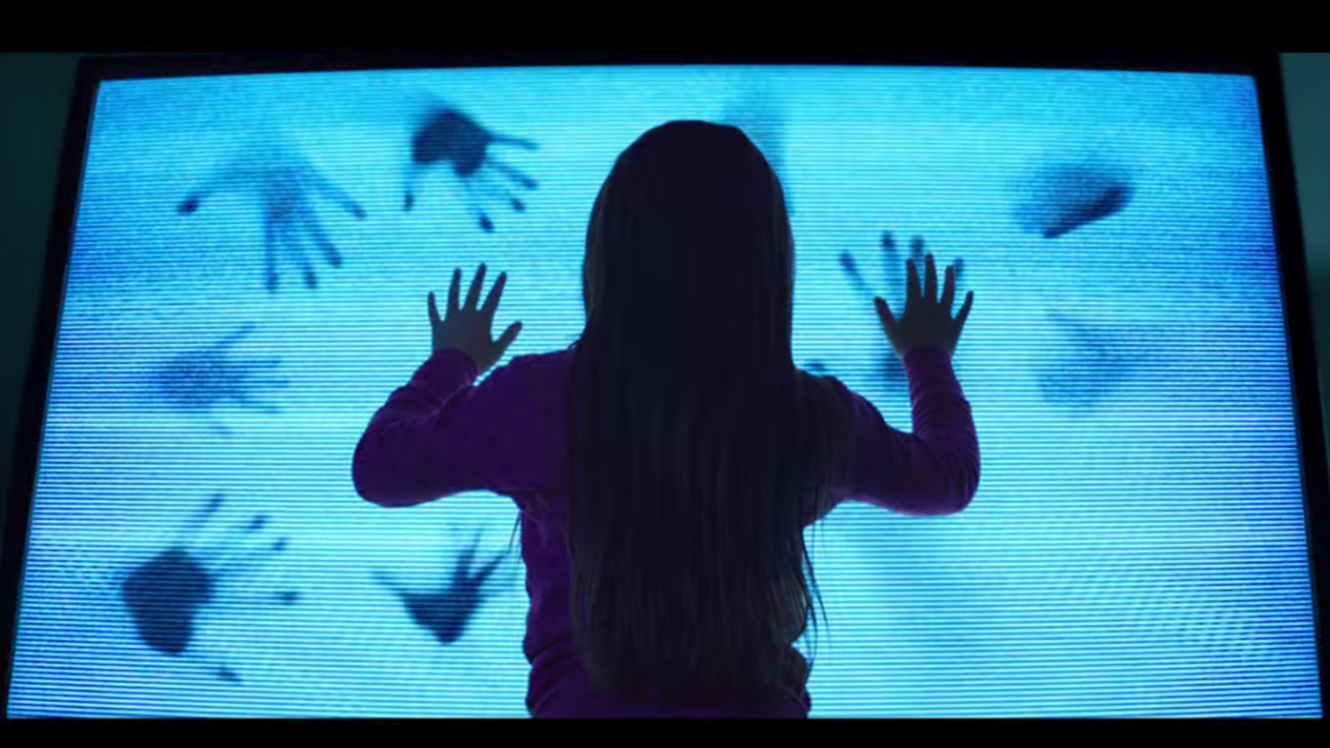 They’re heeeere…again. As commercial horror struggles to hold a loose grip on American audiences, the time has come to rehash another horror classic. The victim this time around is Poltergeist, a haunted house picture most notable for being Tobe Hooper’s frightening collaboration with Steven Spielberg screenwriting. Now in the hands of director Gil Kenan and producer Sam Raimi, this remake begs the question of why it had to be made outside of the blatant cash grab of marquee value.

Part of the fun of a horror movie is the element of the unexpected. The new Poltergeist plays to all the same notes, fruitlessly punched up for a modern audience. For example, take the creepy clown doll. In the original, the clown toy was scary not because it had a fearsome face, but because it seems sinister in the darkness during a thunderstorm. The new clown doll tries too hard to be scary in the light with its sharp teeth and beady eyes. By the time the clown actually pops out of the darkness to grab a little boy by the neck, his visage has lost the element of fright. It also doesn’t help that his reputation is plastered all over the movie posters as if to prep the audience ahead of time that there is a scary clown in the movie.

The only part of this new version that feels fresh and redefined is the family dynamic. The Bowen family is likable and relatable upon moving into the house with the concerned mother (Rosemarie DeWitt) and the struggling-to-find-a-job dad (Sam Rockwell). They’re all defined as real characters before the spook-fest begins. But when it’s time for the ghosts to arrive, the picture sacrifices their plight for the familiar ride.

The scary aspect of Poltergeist is just lost when regurgitated out for the 21st century. The only elements that seem divergent are the inclusion of drones and ghost-hunting reality programs. Other than that, it’s the same old scares relying on jumps and computer graphics. The tree outside the window smashes its branches into the house to grab the children, but now the tree reaches through the hallway and out the window. A shot like that screams of Raimi’s Evil Dead 2, but without all the skillful camerawork or general thrill. It’s hard to be scared of a computer-generated tree reaching through a house especially with the vision of the more practical effects from the original still in my mind.

And I hate to compare a remake to the original because that’s just not fair, but what do you expect when the movie follows the same plot with no new surprises? Moreover, it taunts the viewer with small Raimi-isms of what could have been a PG-13 Evil Dead if only there was a shred of creativity in its conception of creeps. It’s a movie I truly do want to love for the craft of its characters and technicalities behind the special effects. The portal in the bedroom is presented about as well it could be for a modern horror picture. But, again, did it need to be made? Sure, the teenagers who have yet to see the original may not be shocked at what is presented – cowering in their seats for the next jump scare. But when those kids eventually do see Tobe Hooper’s Poltergeist, they’ll have to decide which version of “they’re heeeere” is better. My money is on Hooper’s version.