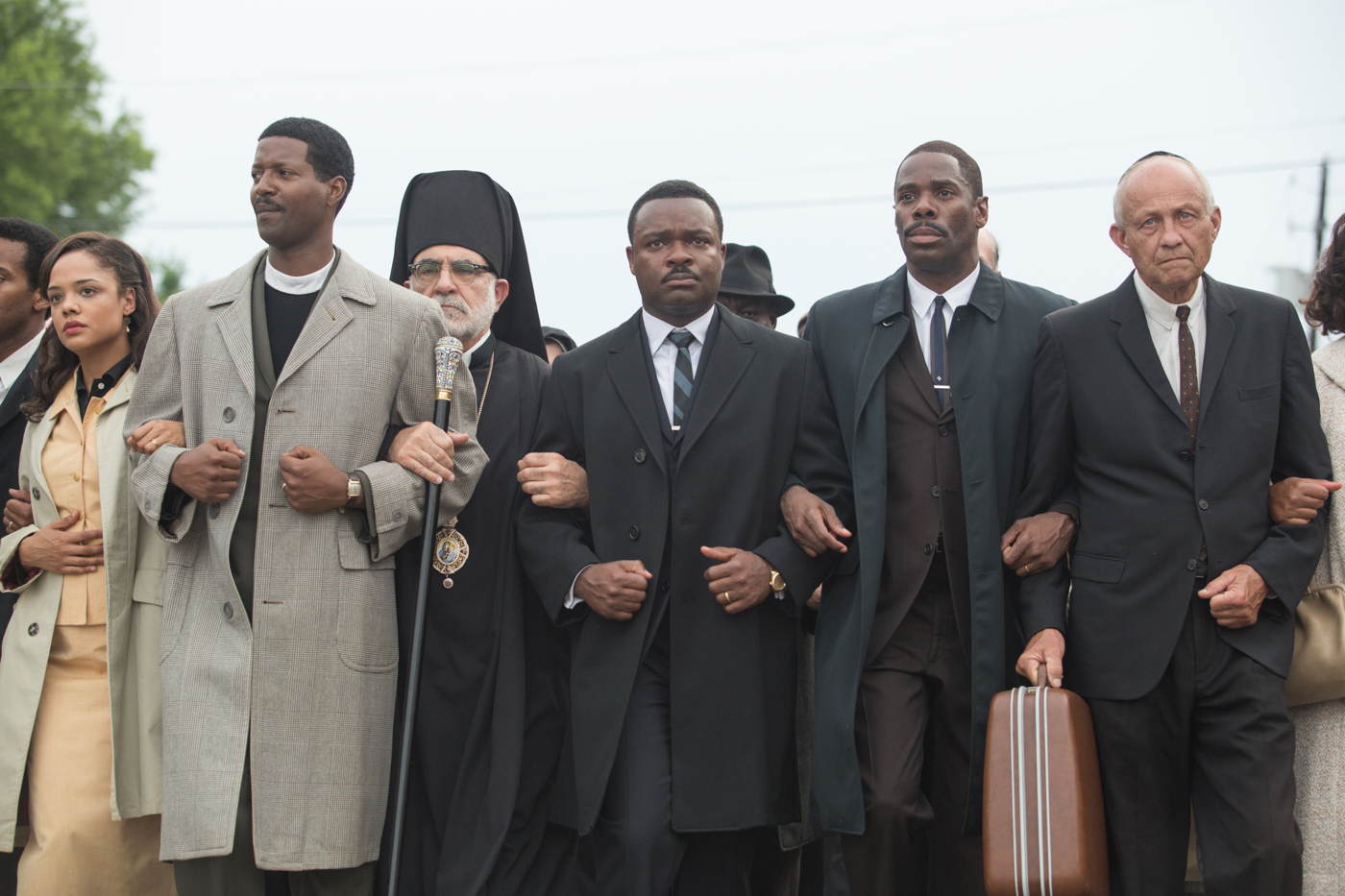 How does one make a film about the crucial aspects of Martin Luther King? Do you focus more on his personal life to make him more human or do you shoot for more of his public actions for the civil rights movement? For director Ava DuVernay, it was both and neither. She doesn’t just want to singularly show King as the complete human being and hero he was, but also how he affected all those around him. From the infuriated opposition to the unlucky martyrs that followed him, DuVernay provides many angles and perspectives for one of the most important events of American history.

David Oyelowo is thankfully the centerpiece performance as Martin Luther King. He plays the iconic historical figure with the right amount of courage and doubt. When speaking before fellow African-Americans on the street and in the church, he’s an inspiring voice of civil rights. When speaking among close friends and family, he’s a simple man that has the same amount of fear as those who follow him in the marches. Oyelowo encapsulates every aspect we want to see of King in a picture such as this – not just focusing on his historic speeches and movements, but his personal struggles. Based on various accounts of his actions, we get to see how he copes at home with his family and dealing with phone assaults to the foundation of his marriage.

But Selma, as the title implies, is not just about MLK. Ava DuVernay’s best films prior were those that dealt with women trying to deal with men. From that aspect, I expected her to deliver on MLK’s wife Coretta and she does not disappoint. Carmen Ejogo gives just as strong of a performance, capitalizing on Coretta’s fears and frustrations with having such a figure as a husband. She visits him in jail and puts up a stoic front as she can for seeing him in such a place. She confronts her husband when accusations of cheating have been suggested to her and approaches the subject with cautious reasoning.

And then we branch out into other characters around MLK. Oprah Winfrey plays a determined female voter who follows King despite being subjected to the violence that came with non-violent protests. Andre Holland plays a motivated Andrew Young who encourages King to continue with a march he has doubts about. Tim Roth fills out the role of the bitter Alabama Governor George Wallace who makes his racist nature public by recommending the use of force to put a stop to these marches.

As with any historical drama, there are some artistic liberties that for many is going to make or break the film. The most prominent being the handling of President Lyndon Johnson as a more apathetic figure in the civil rights movement. Most historians, including those who worked with LBJ, can attest that he was more of a fighter for the cause than a man who had no dog in this fight. At one point LBJ calls on both King and Wallace to knock it off as if he were trying to be more of an outside moderator. DuVernay altered this presumably for a better story in which MLK really did feel like he had nobody to turn to in his hours of truth. It may have also been done to give LBJ more to do given that his performances by Tom Wilkinson is not too shabby and nowhere near the level of a cartoonishly ignorant white leader. Even when trying to distance himself from the issue, he really does appear to be on the level in the way he chews out Wallace during their meetings.

Ultimately, though, Selma succeeds at capturing the importance of rising against racism the peaceful way for what is right. It aims to portray MLK as more of a human than a figure, bringing the man and his mission to the forefront for modern audiences. If nothing else, it’s worth the price of admission just to see David Oyelowo revive MLK’s presence and voice for the words that should remain immortal.

The film, for all its liberties with history, presents a unique and important aspect of Martin Luther King more human than icon. It’s a brilliant film for the classroom to wake up students from the overused archive footage. MLK’s speech footage is still the important piece of film ever captured, but a dramatized film helps breed more empathy for a man’s dream of equality. Worth every penny for the strong performances of a biopic that succeeds strongly at capturing a powerful figure and his effect on the country.