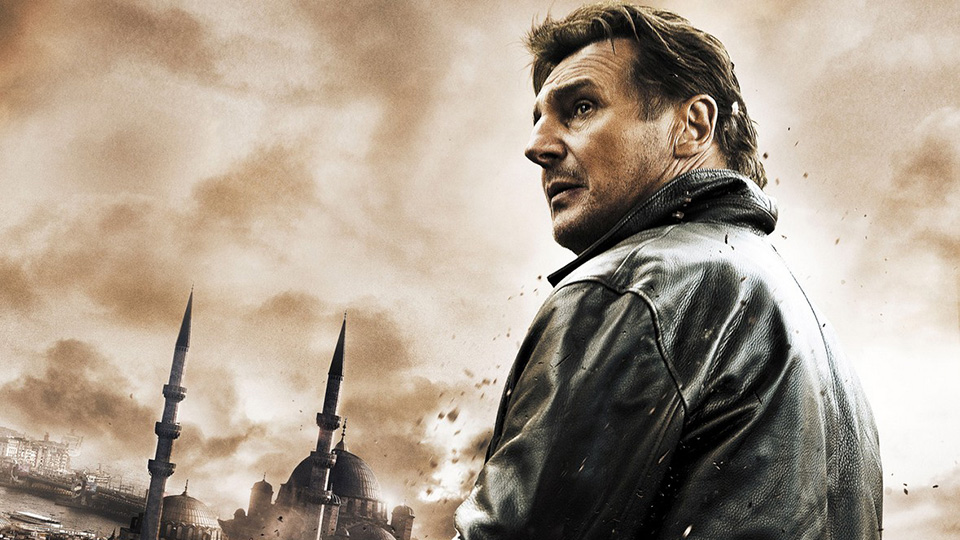 The third entry in the Taken franchise is running on fumes. You can hear it in Liam Neeson’s voice the way he abridges his iconic line to “I will find you and when I do…you know the rest.” And by this point we do know the rest. Neeson runs around a city taking down bad guys with his bare fists and plenty of guns. But this time is different as nobody is initially taken from Neeson except his innocence. Now he must contend with mobsters and the FBI as he struggles to clear his name. In other words, the filmmakers just rehashed The Fugitive.

Liam Neeson reprises his role once again as retired Special Ops agent Brian Mills, too old for the service yet not too old to go on the hunt. When he meets his ex-wife in a discussion that sounds in his favor, she turns up dead with Brian accused of being in the wrong place at the wrong time. Now Mills is on the lam searching for the gangsters who wronged him while avoiding an FBI task force led by Forest Whitaker. I swear it seems as though Whitaker is reprising his role from 2013’s The Last Stand as he spends the majority of the movie duking it out with Neeson over the phone. The two characters never meet in their little game of cat and mouse as Neeson intimidates while Whitaker struggles to order his task force.

Whereas the previous movies took place in colorful cities of France and Turkey, Taken 3 finds itself entirely based in California. I’m not saying California is a drabber location in comparison, but it certainly seems to be shot that way. Since there are not as many alleys or roofs to scamper around, most of the action takes place is generic buildings/penthouses. Car chases through freeways and desert roads fill in the rest.

In an attempt to maintain the macho nature of Neeson’s gritty character, the movie struggles with trying to find new stunts and action scenes for the actor to flex his Charles Bronson-esque skills. This leads to some of the most laughably bad sequences for an action movie desperately trying to induce some thrill. These terrible moments mostly involve the car chases. Neeson narrowly escapes out of his car after it topples over a hillside and explodes. He swiftly avoids a truck’s cargo load that despite the size and weight is able to bounce off the freeway. And, in the most jaw-dropping was ridiculous stunts, Neeson takes out the landing gear of a plane by smashing through it with a car. Of course, the car is free of damage and Neeson doesn’t have a scratch on him. One would think that Taken 3 was in direct competition with the Fast and the Furious franchise.

When the movie isn’t trying to perform impossible stunts with cars, Neeson is performing his stock sequences of fighting, but not with less grit. There’s no memorable moment as when in the first Taken where he interrogates a goon with a car battery and cables. Both the filmmakers and Neeson are phoning it in with generic scenes of guns blazing and fists punching. It’s an old dog with no new tricks, supplanting editing and computer graphics for genuine grit and thrill.

The Taken series just needs to go to bed unless Neeson and writer Luc Besson really do want this franchise to become their Death Wish style paycheck until nothing is left. Liam Neeson initially said there wouldn’t be another Taken movie after completing the sequel. Whether he wanted to do this or not, he has certainly lost that action presence. He’s 62 years old and, as likable an actor as he is, just doesn’t seem to be all that into it. He really is getting too old for this crap and shouldn’t be wasting his time with such a lazy attempt to milk the last drops out of an action property.