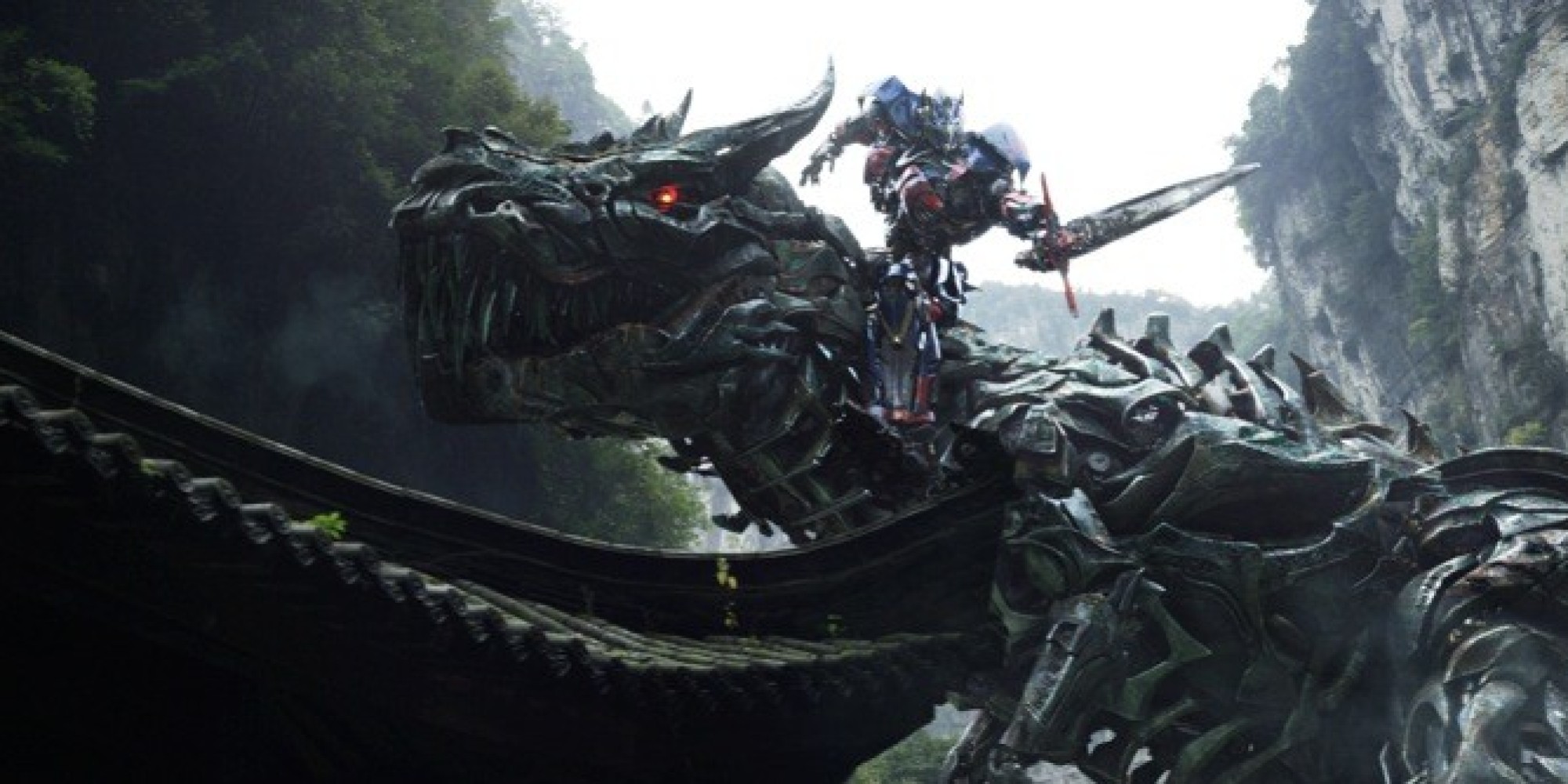 The fourth entry in Michael Bay’s ‘Transformers‘ movie saga has new characters and the same old flaws. It’s a clunky and bloated mess of a movie based on the popular 1980’s toy line and cartoon/3o-minute commercial series. This is the very definition of a mindless summer blockbuster that is all presentation and zero substance. In other words, it’s just another Transformers movie with all the flashy graphics and major plot problems we’ve come to expect from this franchise by now. It’s a movie that doesn’t so much leave me foaming with hate, but sighing in disappointment.

At almost three hours, this is a needlessly intricate plot for what amounts to a soulless robot battle. The Autobots, the ‘good Transformers’, are currently being hunted down the by the CIA after their last big battle resulted in too much damage and loss of life in Chicago. To dispatch them, the American government comes up with the genius idea to use the visiting Transformers creators in wiping out their own ilk. We know this is only going to result in the destruction of humanity when the creators turn on the humans, but nobody ever once bothers pointing this out. In addition, the government is also working with a science division to create their own Transformers with a new element known as Transformium (what an original name). In doing so, they end up reviving Megatron (rival villain of the Autobots) who now has the ability to a-sexually reproduce more Transformers for some reason.

None of this matters though as it’s all just an elaborate excuse for Mark Wahlberg and his family to run around robot-infested battlefields. Wahlberg plays a poor inventor who happens upon the Autobot leader Optimus Prime and is conflicted about helping him or turning him in. The decision is easily made when the CIA arrive at his door and threaten to kill his daughter unless he hands over Prime. They escape in a big explosion and it’s now working man versus government and Autobots versus Transformer creators. Instead of taking advance of all the various plot points and angles you could take from the multitude of story elements tossed in, they’re just stepping stones to the inevitable.

The computer graphics for the Transformers and the action sequences are top-notch as always with a nearly seamless blending of live-action footage and CGI. But what is it all for? None of these characters are developed enough that we don’t care who is killed or who shoots what. The entire last hour is a frenetic mess of moving parts clashing on screen. I can’t tell which Transformer is which with such horrible designs that lack any iconography or personality. How is it that in a movie year where we have films with CGI raccoons, ninja turtles and apes are far more expressive and competent then the smattering of gears that are the Transformers?

Why is Optimus Prime riding a robotic dinosaur and wielding a sword? Who cares – he just cut a Transformer in half. That is the only justification I could imagine for everything that happens in this movie. This is the very definition of a film with no shame. It doesn’t care that the characters are one dimensional. It doesn’t care that plot is a string of lame gags where everybody is comic relief.  And it certainly doesn’t care about the worst product placement I’ve ever seen – as if Bay is trying to outdo himself in this one department. If Michael Bay cares only about the technical aspect and none of the story, why should we give a hoot about anything in this film? It’s the junkiest of the junk food cinema, guaranteed to give you a brain ache.