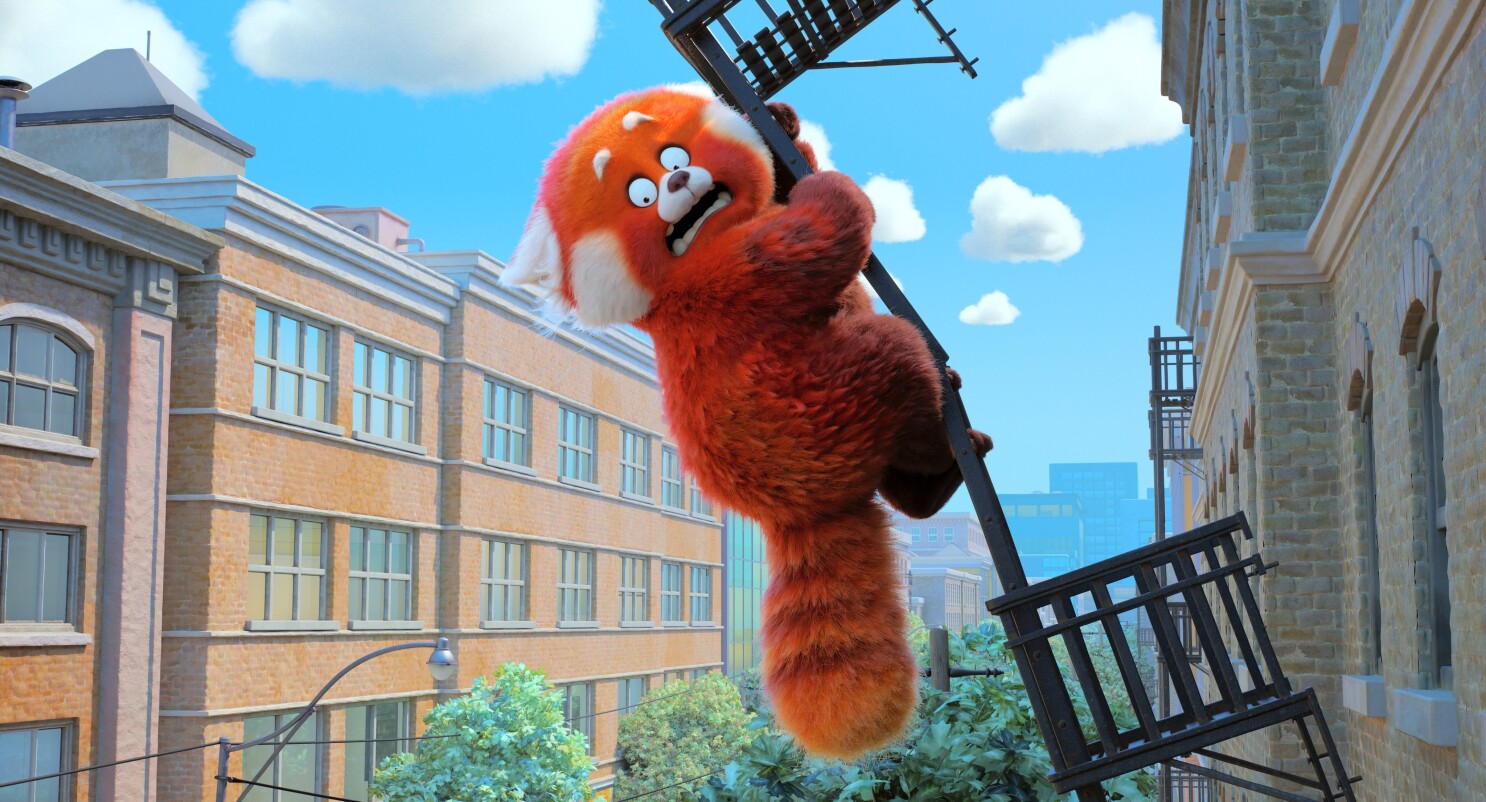 There’s a refreshing earnestness to Pixar’s Turning Red. It does what the studio’s best films accomplish beyond the competition, treading into territory not expected of the medium. On the surface, it looks like a fish-out-of-water tale about a teenage girl transforming into a red panda. But, being Pixar, some people speculated there was something more. Perhaps it was an allegory for girls getting their periods? Yes, but there’s more to it than that. I say this mostly because the film isn’t afraid to address the menstrual cycle directly.

Turning Red also feels like a more personal tale. The film is about Mei, a 13-year-old Asian girl living in 2002 Toronto, Canada. The film’s director, Domee Shi, grew up in Canada at such an age and really does tap into the many details and eccentricities of the era. She establishes Mei as a dedicated and eccentric girl, eager to prove herself at school and home while bounding into adulthood. Despite what her identification card says, she’s still got to progress through the minefield that is being a teenager.

One of those issues is being incredibly embarrassed around her mother, Ming (Sandra Oh). Mom is becoming all the more stressful and embarrassing with both her distaste in Mei’s favorite boy-band 4*Town and being overprotective to the point of bringing unwanted attention. All of this stress builds up to a powerful awakening in Mei where she wakes up as a red panda. It’s yet another stressful development that seems manageable at first and even curable as she soon discovers. But perhaps masking this problem is not the answer, considering the legacy of this “curse” and what it means for Mei’s future.

There’s a lot of poignancy to such a picture that feels deeply relatable for millennials. There’s the little touches of Mei being big into digital pets and her classmates all communicating through flip phones. But what’s even better about this setting is that the story itself is one of a generational divide. It challenges the stress of youth to impress and how masking our anxieties and keeping things traditionally bottled is just not sustainable. It’s a clever lesson that is posed in a retro setting in hopes that the adults of today can better relate to the pressures of the youth of today.

It helps that the film itself feels eccentrically charming with its characters. Mei is a highly relatable character and she draws a lot of strength from her friendship. Her ensemble includes the braces-wearing Miriam, the dead-pan Priya, and the bursting-with-aggressive-optimism Abby. All of them stay dedicated, no matter the issue. A boy band is coming to town and they band together to get tickets. Mei turns into a red panda and all of them stick by their transformed friend to help during such a tough time.

At the same time, there’s a clever observation on the family dynamic. Ming, though preferring to preserve a sense of traditionalism, isn’t afraid to be upfront with her daughter about almost anything. The whole red panda curse is something she preferred to keep less said but she has no problem speaking frankly about periods. This is something she’s clearly been preparing for and comes armed with everything from pads to hot water bottles. This frankness is surprising, hilarious, and opens up the red-panda curse to be far more than the blunt allegory.

Consider how Mei’s curse is framed. If she stays calm, the red panda form will disappear. There’s something bigger at play than just periods. There’s this sharp observation on stressing about proving yourself to a legacy that demands so much. An entire generation has grown up feeling like they’ve never done enough and that any presence of weakness needs to be covered and contained. All of this leads to a climactic resolve that is heartfelt while still being a grand sequence of magic, red pandas, and a boy-band concert that saves the day.

In terms of animation, the picture looks, unlike any other Pixar film. There’s clearly an anime inspiration with the rounded features, shiny eyes, and exaggerated expressions. Just watch as the girls go all doe-eyed for Mei’s adorable red panda form and tell me you don’t see some anime in their faces. One could even speculate that the transforming qualities of Ranma 1/2 were an inspiration but perhaps that’s going too far down the anime rabbit hole. At any rate, there’s a brilliant meshing of styles that creates a unique look all its own.

As with most Pixar movies, Turning Red is also incredibly funny. Just on the level of slapstick, the film is a pleasure to watch for all the hi-jinks that ensue with a giant red panda trying to navigate Toronto. The many dialogue exchanges are uproarious, especially any scene where Abby’s voice actor of Hyein Park absolutely devours the scene. There’s family humor in how Mei finds herself all the more stressed when handling an onslaught of pushy aunts that visit her. There were even small gags that brought a smile to my face. James Hong has a small role as an elder of magic but gets in a decent joke about his preference for Burt Bacharach.

Turning Red is another major step forward for Pixar taking the animation medium into new and exciting areas one may not expect. The fact that there’s an animated film distributed by Disney which shows little fear in tackling puberty makes this one of the most powerful coming-of-age animated movies I’ve ever seen. It just goes to show that the studio is blazing more trails than just better renderings of fur and improved rigging techniques. All those innovations are present but so is a much-needed dose of honesty and reliability with the script. The bar has been raised for Pixar and animated films in general, finding personal and remarkable stories worth telling and getting the five-star animation treatment.

One thought on ““Turning Red” Review”