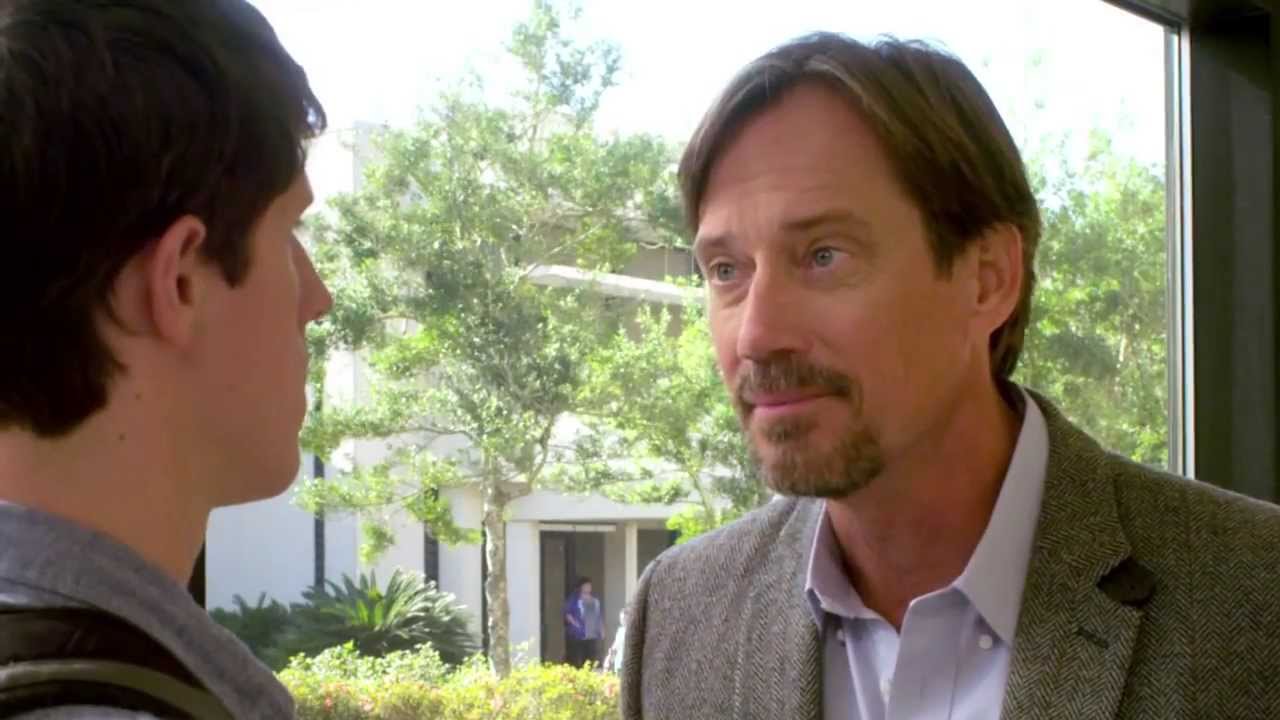 2014 brought with it many different types of religious films from major epics (Exodus, Noah) to soapy melodramas (Heaven is for Real, Left Behind). Most of these were forgettable, but God’s Not Dead was such a poisonous piece of propaganda for the fundamentalist Christian movement. This is a film built specifically to tell that group of people exactly the kind of reassurance they want to hear. It doesn’t matter if it’s not based in truth, logic, individual spirituality or honest characters. All that matters is that the Christians are seen as righteous victims and that everyone who isn’t a follower are slithering bullies of belief.

My first preconceptions with God’s Not Dead was that there would be a film which openly talks about religion in an educational avenue. This could be really interesting and wind up being the type of film that gets people interested and talking about the topic. Perhaps I was far too hopeful as the film dips so far down into the fallacious Christian reasoning that the debate turns into classroom melodrama fit for a Hallmark production.

Kevin Sorbo plays Radisson, an atheist philosophy professor that is so over-the-top cynical he requires his class write down ‘god is dead’ on a piece of paper to acknowledge this and move on with the course. One student, Josh, writes the exact opposite and chooses to turn the classroom into a courtroom as he defends his position that god does exist. I question why he wouldn’t just go to the Dean and report the teacher for forcing his beliefs upon the class. I know the student doesn’t do this because then there would be no debate about religion, but, honestly, a movie more about the bias of college teachers and the aftermath of being reported would be far more intriguing.

Okay, so it’s a battle of atheist beliefs versus Christian beliefs. This could still be an enthralling duel similar to how Christopher Hitchens and Douglas Wilson squared off against each other with surprising intellect. But, since this is a drama narrative, there has to be a personal aspect to this debate. And, once again, another Christian goes on the offensive that an atheist makes their belief structure based on hatred of fate rather than a documented and informed opinion.

In the closing moments of the debate, Josh yells at his teacher “Why do you hate god?” to which Radisson screams “Because he took my wife away!” Josh looks at him with a straight face and questions how Radisson can hate someone he claims does not exist. Mic drop. Not only does the movie have the audacity to have all the students rise up in a triumphant chant forcing the teacher to retreat in defeat, but the script then kills off Radisson. After being struck in a car crash, he accepts God before dying. What a childish and gross method to illustrate a debate.

If the movie were simply working on a character level focusing on the teacher’s emotional drive, it could’ve been a passable drama from that angle. But this is a film that wants to stage the debate and fix it so the Christian believers come out on top. Well, what about the opposition that isn’t just a closeted Christian turned Atheist by unfortunate events? Or do the filmmakers honestly believe that the teacher’s stance defines every Atheist approach to the subject? This debate was a lot like watching a meek boxer square-off against a chicken with a Mike Tyson name tag. The boxer will win and claim he defeated Mike Tyson even though all he did was tenderize poultry.

For those who feel I’m banging too much on this film for personal preference in faith, turn the tables for a moment and pretend there was an atheist spin on the script. A student is forced to prove to a teacher that god is dead. The teacher screams that he hates evolution and the student questions how he can hate something he claims does not exist. The teacher later dies and comes to realize there is no god before passing away. Sounds pretty stupid, doesn’t it?

And even looking at this film from a Christian perspective, I would think think that they would be offended by something so soft. Don’t you think a true Christian who has unshaken faith and dedication to their religion would be able to stand up to a harder target than Radisson? Where is the challenge? Why create yet another strawman argument? Why not make all these characters more fully realized so that they’re more than just the cookie cutter templates of every cheap production of this nature?

But the film is not just about the debate. Similar to Crash or Babel, we follow the stories of other students in how they come to terms with their own faith. Once again, another great idea hampered by the dim outlook of Christianity. A female Muslim displays a curiosity in the Bible the winds up with her father screaming her out of the house. A left-wing blogger who pokes fun at Duck Dynasty gets his just desserts when afflicted with cancer. And just to pound one last crucifying cross into your skull about the true message of the movie, a member of Duck Dynasty makes a cameo to call upon the college campus to use social media and shout out that God is not dead.

If God isn’t dead, he certainly received a headache from this shameless strawman of a picture carried out in his name. What could have just been forgettable Christian fluff goes on the offensive for what it believes to be an attack on religion. It’s still laughably bad for how dramatic the filmmakers believe they’re being for challenging the system with ludicrous villains, but a little less so when you realize there’s a large collective taking this tripe seriously. And that’s when the ironic laughs start turning into awkward ones.