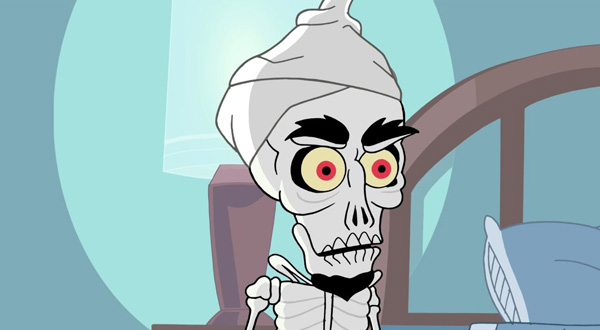 Jeff Dunham’s one-note ventriloquism puppet Achmed takes a leap into the world of animation. The result of a failed suicide bomber mission, Achmed is plucked from his Middle Eastern home and transported to America. Choosing to accept his now skeletal appearance, a family takes him as they mistake Achmed for a French exchange student. Though the tiny terrorist is still hellbent on destroying the Western world, he soon comes to adore the country via friendly people and all-you-can-eat buffets. Before you know it, he’s on a mission to save his new family.

I’ll preference this review by stating that I am not a fan of Jeff Dunham’s brand of comedy. All of his puppet characters spout mostly simplistic politically incorrect statements with a subtle tone of racism. That can be funny for a few bits, but this style seems to comprise the majority of his puppets. Achmed’s angle is that he keeps shouting “Silence! I kill you!” while making stereotypical observations of Western and Middle Eastern culture. Sure enough, this animated feature does just that by featuring all aforementioned exaggerations. Some of the characters Achmed meets includes the sexually confused teenage girl, the anal-retentive liberal, the gun-toting redneck and the angry terrorist leader who rolls over easily for something as simple as frozen yogurt.

Oddly enough, this seems a little toned down for Jeff Dunham. There is nothing that risque in any of the humor. In fact, most of it feels like watered down ‘Family Guy’ jokes with the constant pop culture references and questionable observations. There are a few jabs made at both east and west, but nothing all that biting. It’s almost as if Dunham is trying to steer his act in a new direction as he paints Achmed as a more sympathetic character who learns to love. It’s a logical progression for the story, but it kind of ruins the whole point of the character.

Speaking of ‘Family Guy’, the animation designs feel very uninspired with simplistic round faces and eyes. Thankfully, the actual animation itself is impressive for the sheer timing and detail in movement. If anybody deserves praise for this special, it’s the technical team that make most of the visual gags work and take full advantage of Achmed’s skeletal form. Achmed’s jaw literally drops in shock to which he replaces as if they were his contacts. He shatters when hit by a car and struggles to put himself back together. These are all solid gags that are handled rather well by the visual team.

But, wow, the majority of the written jokes are flat. Jeff even resorts to old-as-dirt bits such as the rabbi and the priest who walk into a bar. If you’re going to dig up those corpses, you better have an original idea to dress them up in. Sadly, Jeff mostly just goes for the easy laughs. He never really shocks and he never really surprises with originality. There are some amusing bits here and there (thanks mostly to the quality animation direction), but they hardly warrant an hour-long fish-out-of-water movie. This may have worked better as a TV pilot, but it sure wears thin for its movie-style length. 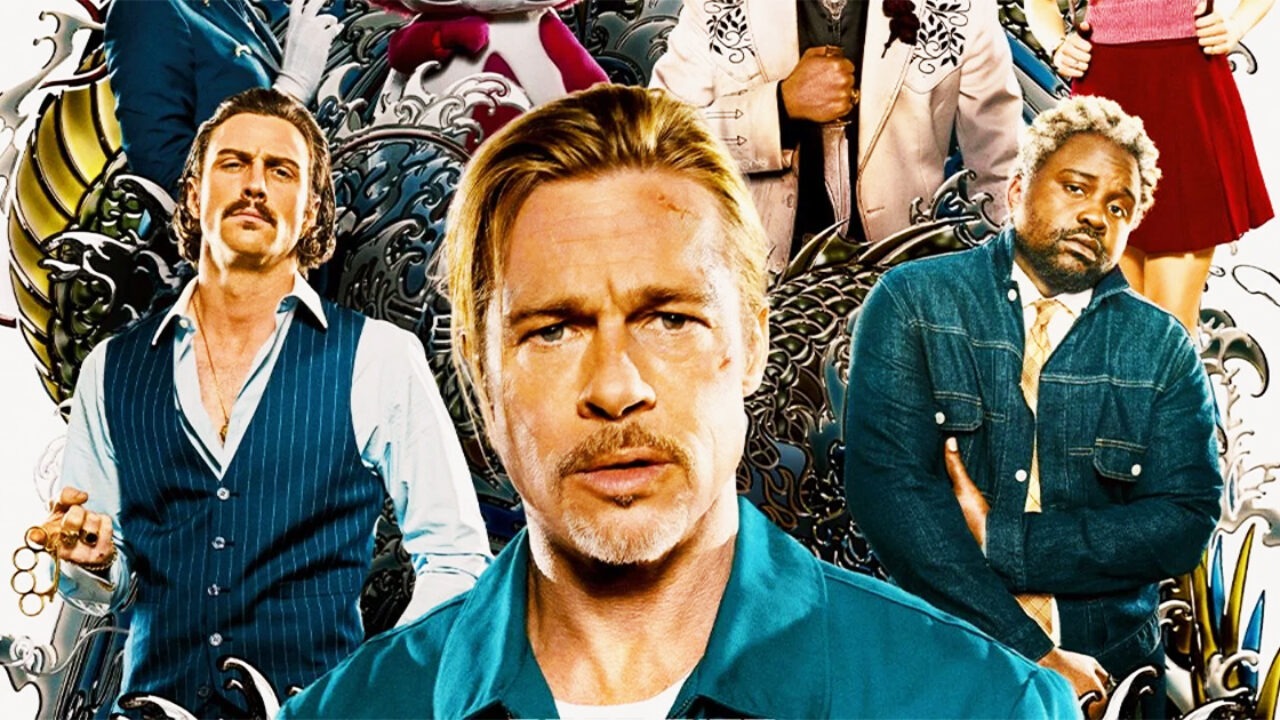