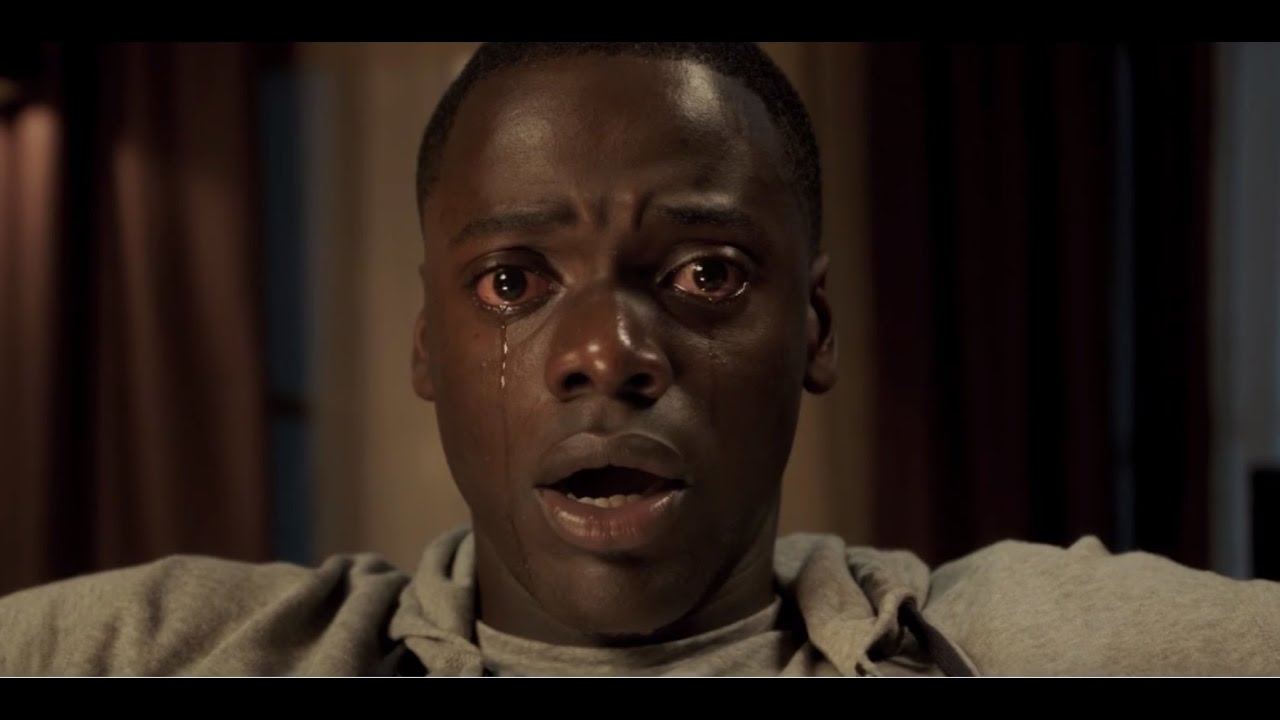 There’s an old joke about the difference between a film being a horror or a thriller; thrillers win awards. There’s a stigma that seems to come with a horror film where if it turns out to be a brilliant movie, audiences deny the genre attached to it. Two of the most talked about movies this year is Jordan Peele’s Get Out and the theatrical adaptation of Stephen King’s It. Both were incredibly successful films both critically and financially, but I’ve noticed when most people talk about them they treat the term horror as though it were the genre that must not be named.

“Well, it’s more of a thriller, not really a horror movie.”

It’s an all too common phrase. Audiences don’t want to admit that they liked a horror movie because they usually think that genre is reserved for the more depraved and disgusting films. They believe horror carries a negative connotation, which admitting you liked one means you find delight in the graphic violence of The Wizard of Gore, the dead-teenager formula of the Friday the 13th movies or torture porn depravity of Hostel and Wolf Creek. But horror isn’t a genre so simple to place in such a box that we can quickly retreat from into thriller territory when it suits the film best. And considering how much variety there is in quality horror films nowadays, it seems rather silly to keep touting that old thriller label for the “good kind of horror movies.” I find it ludicrous how I overheard audiences coming out of Stephen King’s It, arguing that the picture was more of a thriller with some scary parts. Most “thrillers” don’t feature supernatural clowns with several rows of teeth that bite off the arms of children. Somehow I don’t think that film fits as snugly next to the likes of Patriot Games or Sicario, depending on your definition of a thriller.

Horror shouldn’t be some taboo theme. Sure, there were widespread trends of the genre in the last few decades that didn’t  paint the prettiest picture of horror. The 1980s brought about the Video Nasty era, where amateur filmmakers assembled the bloodiest, goriest and immoral movies ever recorded for home video. The 1990s saw a revival of the slasher sub-genre but did little to improve it. The coming of Eli Roth brought about the filthiest of exploitation for the 21st century. Then there was the ever-cheap found-footage format that became a breakout style from The Blair Witch Project and later exploded with Paranormal Activity. These films are considered the pop-culture milestones of the genre, and we usually jump to the worst possible examples. Because when a horror film is bad, it’s REALLY bad, leaving a lasting impression on the audience.

There shouldn’t be any fear of liking a horror film in this day and age, especially with the types of movies we’ve seen in the last decade. The variety of horror films now is higher than ever, with multiple sub-genres shining at their brightest.

Body horror used to be a genre of simplistic showcases to see how gross and bloody a filmmaker could portray characters losing flesh as they decompose and lose their humanity. Though I didn’t particularly dig the presentation, Contracted proved to be a body horror with something to say and a solid allegory for homosexuality and STDs amid a woman slowly becoming a zombie. All the ickiness is there, but so is a sense of purpose in the writing that trumps the effectiveness of the effects.  A more recent and better example would be this year’s Raw, a story about a French vegan veterinarian student that tries meat for the first time and soon comes to develop a taste for human flesh. There’s apparent relation in trying to find yourself while at college, but it’s delivered with a surprising amount of subtlety in between eating fingers and gnawing meat off human thighs.

Too gross? Not a problem. The next layer of excuse for not liking horror usually comes in the form of “I only like the psychological type of horror.” There’s plenty out there, but you’ll have to look for it. A great example is this year’s underrated horror gem, It Comes At Night. Much like last year’s sleeper horror hit The Witch, this is a film that creates a brooding atmosphere that always makes you feel uneasy and terrified of what might happen next. The story takes place after some deadly disease has wiped out most of humanity and a family living in a remote cabin struggle to survive. I’d say this film came under bigger scrutiny than It for being considered more of a thriller since, well, there isn’t any “it” that comes at night. There’s a frightening sense that there may be some mysterious, unseen force waiting in the woods for them, but most of the film is a post-apocalyptic drama of sorts where the family makes the tough choice of trusting another family they encounter in the woods. Aha, so it ISN’T a horror, right? Not so fast. The tension between the families arises from a deadly disease which may or not be infecting members of the cabin. The teenage son finds himself the most frightened by this situation, consistently having nightmares about wandering down dark hallways and becoming infected with the mysterious disease that turns your skin gray and makes your mouth overflow with black goo. But no monster came, nobody was slashed, and there wasn’t any gore, so I guess it’s not a horror film, right?

A common complaint of movies, in general, is that there are no original ideas and nobody is experimenting anymore. That’s a load of crap when it comes to horror. Take a gander at the wealth of horror anthology films we have seen in the last few years: V/H/S, The ABCs of Death, Holidays, XX. All of these anthologies, while not 100% knockouts, do showcase some original ideas from new directors with stories and visuals not seen in any other horror movie. This includes a zombie flick shot entirely from the GoPro on a zombie’s head in V/H/S 2 to a mysterious tale of a family starving themselves in XX. The wealth of talent on display in these pictures is staggeringly high and is enough to make anyone hopeful for the future of horror filmmakers.

The mixing of the sub-genres has proven to result in some of the best horror films I’ve ever seen. A prime example is the sleeper hit of The Babadook, combining elements of a supernatural monster in the house and a psychological horror of a single-mom losing her mind. The lone mom is trying to raise her young son on her own but is tired and overworked just to make ends meet. By the time the titular monster of the Babadook rears its terrifying figure in the shadows of the household, there’s a severe questioning if the Babadook is a real monster or just a manifestation of the mother’s exhausted frustrations. It’s a film that speaks volumes to a parent that wants to do right but will eventually find themselves pushed to a limit where they’re not themselves. This angle creates a unique horror that becomes more frightening for the monster a single-mom can become more than the real monster terrifying her psyche.

Another excellent mixing of the sub-genres came with Creep, a little film that brilliantly wove together elements of found-footage and Psycho-style terror. Unlike a lot of found-footage films, this one felt like there was a purpose for the format and a real sense of personality-driven scares with a documentarian answering the craigslist call for a strange man to film him. It’s a film that has great fun with the concept and most likely took the found-footage format to its apex of clever creepiness.

And then there are the comfy audience-pleasing horror movies that play more like rollercoaster rides than tales of terror. You know the type; the kind of horror films where you can bring in a big bucket of popcorn and most likely throw it up in the air from a big fright, be it from a jump-scare or a shadowy figure rushing down the hall towards its next victim. There are plenty of these films to go around, from the what’s-in-the-darkness theatrics of Lights Out to the creepy doll antics of Annabelle: Creation. And, of course, Stephen King’s It falls into this category as well. The sight of Pennywise bolting out of a slider projection isn’t particularly scary, notably since it generated many laughs past its initial shock. It was a haunted house ride where I appreciated more of the quality of the frights than the frights themselves. But, hey, some people still dig them. One woman at the press screening of It spent a full minute muttering “Ohmygod, ohmygod, ohmygod” after Pennywise turned giant in the garage to scare the kids.

But with Get Out, we have a particular case of a resurgence in Twilight Zone-style storytelling. Jordan Peele’s picture about a black man fearing the mysterious intentions of his girlfriend’s white family comes with a timely theme and a Hitchcockian vibe for what essentially amounts to a more fantastical plot of race, identity, and brains. Again, Get Out doesn’t fit neatly into that thriller box with its tale that involves the sunken place of the mind and a bad case of body-swapping.

So let’s please just call a horror movie a horror movie. I know the definition can seem broad, especially with so many sub-genres and genre-mixtures that make the signs harder to spot. You’re entitled to call it what you want, but when it comes time to saddle pictures like It and Get Our into genres, they’ll most likely end up in horror.

If you still find yourself confused, heed this advice.

Does the film create a foreboding sense of dread and terror with scares and eeriness? If yes, it’s a horror film.

Does the film feature a killer that toys with his prey with elaborate traps and schemes that often result in bloody ends? If yes, that’s a horror film.

Does your film have an evil clown that can take on any form and drag down children into his underground abyss of hellish manifestations of nightmares? If yes, horror film.

Don’t deny your love of horror just because you don’t dig one sub-genre. Horror is hot right now so ride that bloody wave.