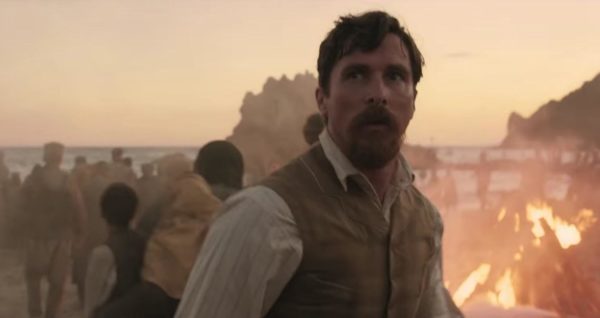 Movies such as The Promise can make history come alive in a way that no other medium can. I can still recall being bored out of my mind by junior high school history class until we were allowed to watch Glory and the American Civil War was now exciting and interesting. In a similar tone, The Promise will shake awake dreary students to how horrific and inhumane the Armenian Genocide of the Ottoman Empire truly was. As a historical piece about the horrors of a massacre, it’s solid film making. The soapy love triangle attached in the foreground, however, prevents the movie from being truly great.

At least the actors are not playing it like a soap opera. Oscar Isaac puts everything he has into the role of Mikael, an Armenian med student who has come to study in Constantinople. He could only afford to go to this school with the dowry of marrying a woman he’s not sure he truly loves. Those suspicions are confirmed when he meets the lovely Ana, an Armenian artist rose in Paris and played by Charlotte Le Bon. They hit it off right away and desperately long for each other, despite Mikael already being betrothed and Ana already married to her overly-emotional husband of a reporter Chris (Christian Bale). Considering that Mikael’s uncle offers to pay off the dowry and Chris is more occupied in the political tensions of the country than Ana, all the cards seem to be falling in place for the happy couple.

But then that pesky Armenian Genocide gets in their way. This is the aspect of the movie where it truly shines and not just because it takes us away from the dreary romance. There are some unforgettable shots where Mikael attempts to unlock a train full of Armenian prisoners and Chris watches helplessly as Turkish soldiers lead Armenians into the desert to be killed. I could feel the heartbreak when Mikael starts losing loved ones to executions and Chris is given the difficult choice of denying the genocide or being slaughtered by the Turkish government. Just when it seems as though the story has hit its stride, however, it continuously cuts away from the more powerful moments. There is a violent assault of Armenians defending themselves as they move up a mountain from pursuing Turkish forces, but the movie will quickly cut away to another scene just as the violence starts to become more brutal. Must the Armenian Genocide by PG-13?

It’s not that a romantic plot couldn’t be weaved into such a catastrophic event in history, but it’s not as strong with how the romance between Mikael and Ana is presented as a clashing element. There’s a very intense scene where the two of them are trying to fend for their lives in the streets of Constantinople, fighting off Turkish soldiers with their fists and cabbages. After finally finding a safe building in town, while people are still being beaten and businesses are still being destroyed, the two laugh about throwing cabbages at Turkish soldiers that wanted to beat them to death. With the levity established, they have passionate and loving sex…while Armenians are still being beaten in the streets just outside their window.

It’s so hard to recommend a movie like The Promise which favors more of its lame romantic triangle than the more interesting historical aspects. If you can overlook the overly dramatic, and sometimes out of place romantic tone for such material, this film can be a raw and sobering experience of how 1.5 million people were wiped off the face of the Earth. But, again, there’s an awful lot of dreary longing, gazing and smooching to look past. Of all the characters, I found myself most interested in Christian Bale’s character as he seems to be the only one more concerned about this atrocity than who is currently sleeping with his wife. His story on its own is far more intriguing than finding out if Mikael will ever confess his true feelings to Ana.