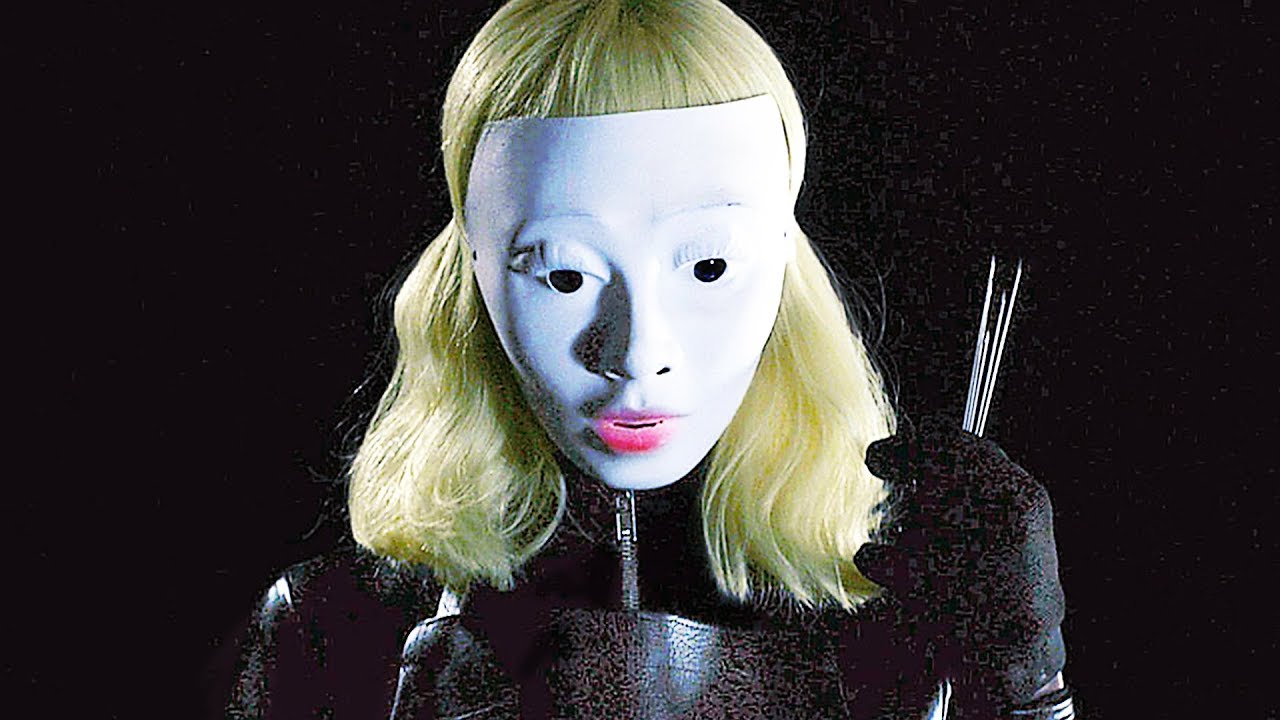 Psychopaths is a pointless display of cruelty and violence that cakes on artful cinematography and relentless savagery in place of plot and purpose. But it’s a script that seems somewhat aware of its toxic nihilism, where a death-row killer admits in an interview that evil is evil, not needing a purpose to exist. The same sentiments can be applied to this film. Writer/director Mickey Keating perhaps wasn’t seeking to make a film that had some theme or characterization to a series of serial killer murders. He probably just wanted to film very vile acts for the sheer pleasure of watching people suffer. Evil is evil after all.

If we’re to believe the narration, the movie begins with a serial killer being sentenced to death but lives on through various murderous people throughout the night of his passing (I think). This initially sounds like a solid setup for an anthology style movie, but it’s not. To be honest, I’m not sure what type of film it’s trying to be, fluctuating between 1970s exploitation, 1980s gore-porn, and 1990s amateur Tarantino dialogue. Random people around the shady and neon corners of a city will kill each other. Sometimes they’ll be all dolled up like prostitutes, sometimes they’ll be sinister cops, and sometimes they’ll wear creepy masks.

The characters are not given names and just as well. I don’t know if I really want to get to know all that much about an escaped mental patient, a torturer of men, a strangler, or a psychopathic cop. The movie doesn’t tell us much either past their desire to kill. A killer strangles a woman to death; another person tries to rescue her but he dies as well. A couple bickers at home before an attacker enters and kills them both. Another character tries to pick up a hooker and kill her, but she tortures him. In between all the chaos is junk dialogue that poses as artfully nihilistic rantings of madmen and a low-rent Sin City style narration where the narrator provides such deep commentary on how funny the word chaos sounds.

It’s possible that viewers will be at odds with such a film that presents a decadent distance in its story and continually reiterates that there is nothing deep here. This consistent need to be devoid of all reason and intelligence is a kamikaze move as if to ensure that such a film won’t be subjected to some amateur filmmaker’s blog of underrated and misunderstood films which carry a greater meaning. Sure, one could spin their B.S. brain gears and probably contort some nutty thesis on the nature of evil being an unstoppable force that needs to be embraced less it bubble up and explode. Aside from being a terribly bleak assessment of the human condition, this aspect of societal aggression was presented much more thoughtfully in The Purge movie series. Those films also had better kills and better masks.

While I could viciously dissect further on Keating’s tacky excuse to film horror and violence, it’s not worth a deeper delve. The verdict is stated directly on the poster’s tagline: “Evil…just because.” And Psychopaths is just plain evil as an exercise in the most pretentious of horror filmmaking, where there was more thought put into the positioning of the camera and the splatter of the blood than what purpose there was to any of this chaos. And, no, chaos is not as funny a word as the narrator thinks it is.