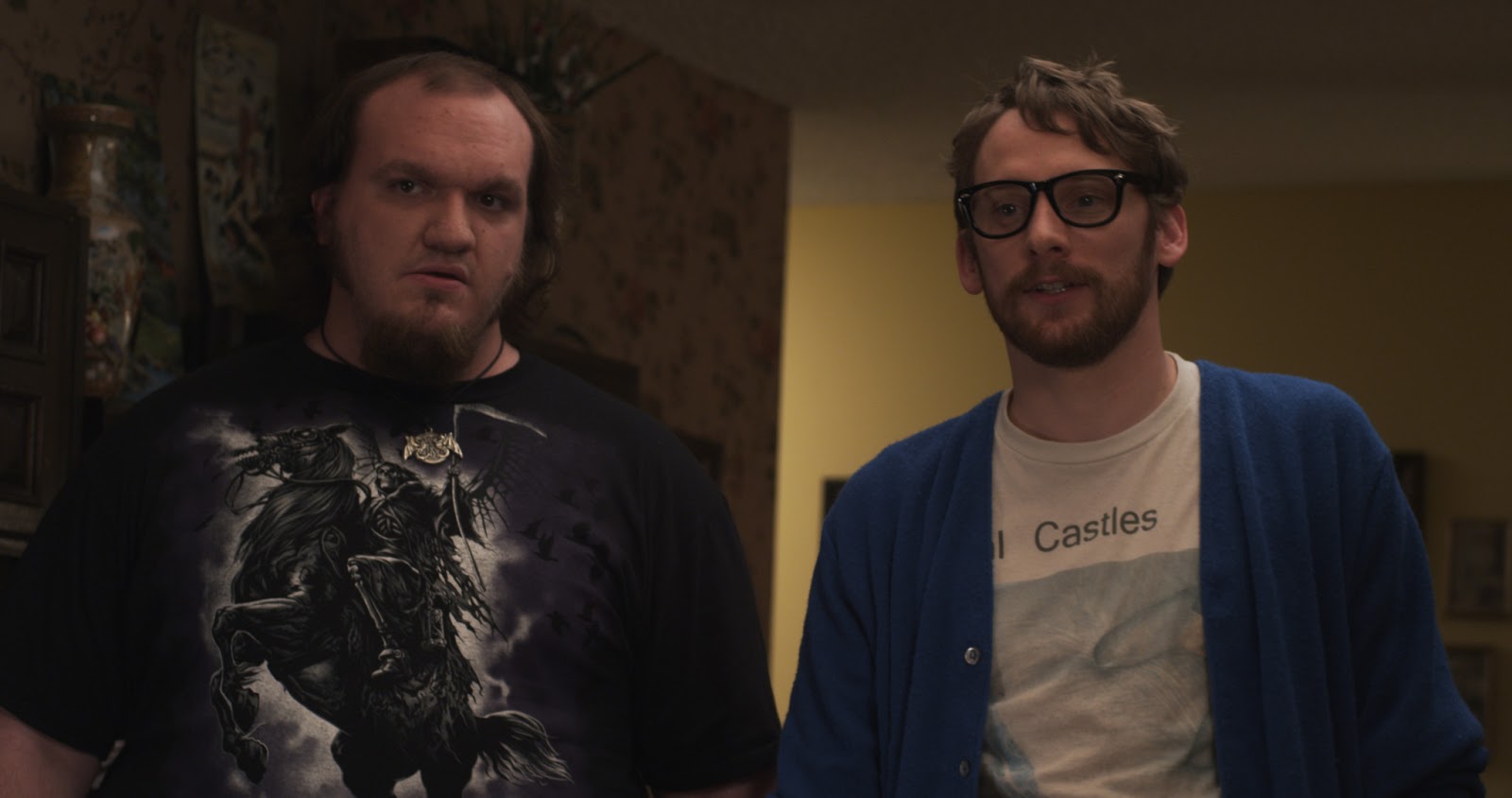 While shows like The Big Bang Theory seem to emphasize that geek is chic, Zero Charisma doesn’t shy away from the destructive personalities of the culture. It may seem like a dated perspective, but the truth is anyone who frequents comic & game shops is aware of this exact individual. He’s the self-righteous game master who thinks so highly of himself that a mere pebble thrown at his towering ego will unleash a storm of dork fury. We may choose not to acknowledge him in the “cool geek” crowd, but he still exists and makes for the perfect destructive character in this film.

Scott doesn’t have much to look forward to in his life. He works part-time at a Chinese take-out joint, lives with his bitter grandma and his flaky mother is attempting to sell her house to pay off her debt. The only thing Scott lives for is his original tabletop roleplaying game which he spends the majority of his time assembling each week for his gaming group. When one of his members departs due to marriage problems, he seek to bring a new player into the fold. Enter Miles, the hipster geek who happens to be an outgoing journalist and comic artist. He is charming enough to work his way into the hearts of the D&D group and begins taking the gaming group in a different direction. It isn’t long before his warm personality and talent breed jealousy within Scott turning him into his rival. And with everything else in his life going downhill, Scott’s rage boils over into insanity as he alienates and attacks everyone in his wake. He can start fights so effortlessly over the most trivial of matters. This soon turns into a battle of the casual geek versus the hardcore geek.

This film is essentially a portrait of a self-destructive individual born within the realm of basement dwelling fantasy lovers. He has become so dedicated to his craft and routine that any altercation sparks his own personal war. This makes him both frightening and hilarious. You hate to see somebody go through such anguish, but you also feel that he’s painted himself into this corner. And you just can’t help but laugh at the fact that Scott lacks the proper mentality to deal with these issues. His life is a mess and he lacks the tools to clean it up. This does, however, provide an interesting enough conclusion that doesn’t take the Taxi Driver way out. Rather, it brings an air of uncomfortable truth and resolution to social relationships in these small-knit communities. Scott is given some heart, but just enough so he doesn’t make any wild leaps in personality.

The script for this project has a biting and insightful wit as when Scott grows irritated by Miles showing him up with his geek knowledge. Scott claims that arguing over starship speeds is irrelevant, but Miles brings references and math into the equation to solve it. Scott at one point claims he was the original writer of The Matrix to which Miles buries his statement in the dirt with several sources. There’s even some strange and uncomfortable bits as when Scott attempts to pop a zit on his pal’s forehead in a rape-esque moment. Scenes like that took me out of the picture, but the hilarious dialogue that goes on at these D&D gaming sessions kept winning me back over. In its own morbid little way, Zero Charisma is a triumph of nerd depiction that I sure hope echos within the various communities to which it plays off of.