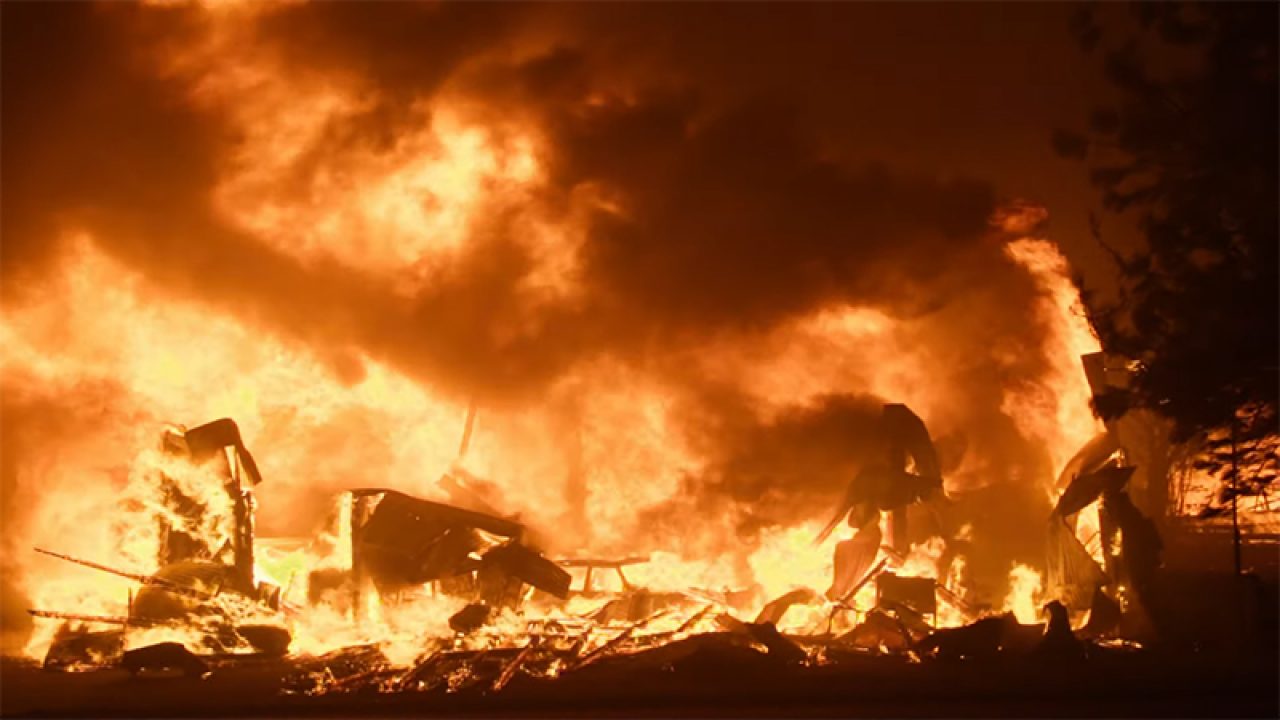 The terrifying story of the small-town Paradise begins literally at the epicenter of the deadly blaze. A forest fire engulfs the town and it appears as though the fire is surrounding the escape routes. The residents are mostly trapped and a montage of footage from inside the inferno is truly terrifying. The skies turn black, the trees turn orange, car tires pop from the heat, and propane tanks explode. Footage from one car displays a tearful relief once they’ve escaped and can see the sky once more instead of smoke. The reason this footage is shown first is because the real horrors of Paradise follows in the aftermath.

A lesser documentary would only focus on the blaze itself, detailing the day-to-day life of Paradise and then easing the audience into how the fire came about. Director Ron Howard doesn’t tell that easy story which wouldn’t focus on the more gruelling rebuilding that follows. For the many residents who had to put up with faulty energy infrastructure and a lacking government response, the easy answer among outsiders would be to merely move away from the burnt town Paradise. The answer by the many residents is “where and how?” This is a small town where most of the residence are not wealthy enough to merely pack up and move. All that the many who escaped have now is a handful of their stuff and seeking alternate means of housing in motels they can’t afford, trailers not suitable enough, and FEMA camps. Paradise is all they have to go back to, even if it’s still a smoldering heap in need of years of retooling.

The majority of the documentary showcases how the many residence struggle to get their town back in order and it’s not the least bit easy. They find themseves at odds with FEMA who keeps them out, an energy company that offers little compensation, and a government unwilling to help out with this task. The school finds surrounding spots to take on the flow of kids and rushes to rebuild the educational buildings in time for another year. Teens lament on what they’ve lost and how personal the natural beauty of the town meant to them. An elder of the community is laser-focused on rebuilding his home inside Paradise, intending to live and die there. A family struggles to remain together for the sake of their kids.

The documentary finds enough powerful stories and evokes just the right amount of somber appeal from their lives. It’s hard for the many to remain optimistic in the face of such a decaying environment. One tragic story follows one woman still residing in Paradise from her untouched home, going out for a jog amid the rubble. As she runs, her narration reveals that she wants to have a child, but with the way the water has been tainted by the fires and erosion, that may not be possible. It’s recommended she move away, but, again, that’s not an option. The film also finds great anger and frustration, as when an energy representative comes to hear the town’s pleas. They are furious for answers and all the representative can do is say it’ll take about five years to improve the infrastructure. We later learn this estimate is understated as it could take over 25 years for Paradise to ever return to normal.

By the end of the film, however, most of the town has returned and life goes on to a certain degree. Houses are built, classes resume, and the sports team is back in action. It would seem like a hopeful end, but Howard doesn’t let us off the hook with a resolve. The film ends with footage from around the globe showcasing how climate change has led to numerous towns and cities being sent into a state of disaster. Paradise can be rebuilt, but if the environmental disasters continue on the current path, we may just be rebuilding forever or until there’s no land left to rebuild upon.

One thought on ““Rebuilding Paradise” Review”